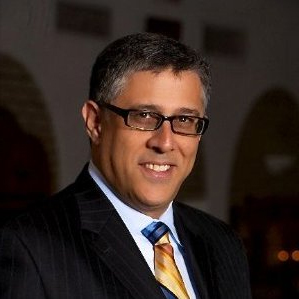 "We exist to help you achieve your objectives!"

Douglas Macy is the owner of Trust 1 Security. He has been serving the Greater Toronto Area since 1986. He has served as Vice Chair of the Toronto Chapter of ASIS in the 1990’s, in 2003 to 2010 he served as Chair of the Emergency Management Committee for BOMA Toronto. During his tenure as Chair, BOMA Toronto hosted and then published:

Of note, is that BOMA Toronto released the report to the public and its 800 members 3 months prior to the June G20 and it was downloaded close to 20,000 times. Douglas has also previously authored a number of articles including:

Douglas earned the CPP designation (1990) from the American Society For Industrial Security (ASIS).

What is Trust 1 Security?

Trust 1 Security is a VAR – value added reseller. We are not obligated to sell dormant inventory on our shelf, we shop and buy the best product for our clients needs and then install and energize the system ensuring maximum value. The lack of inventory pressures reduces our overheads ensuring we remain very competitive while delivering best in class solutions.

Trust 1 Security delivers the services that helps to protect your property. More than that, we help to protect your budget. We do this by focusing on YOUR COMPANY getting better performance out of the investment in security. We take the time to evaluate the current equipment and help build a strong long term plan for our clients that allows them to weather changes in technology, market conditions and industry standards.